is to raise awareness for charitable causes - by partnering charities with community-minded Ohio State student athletes who choose to use their platform and influence to amplify philanthropic work.

is to raise awareness for charitable causes - by partnering charities with community-minded Ohio State student athletes who choose to use their platform and influence to amplify philanthropic work. 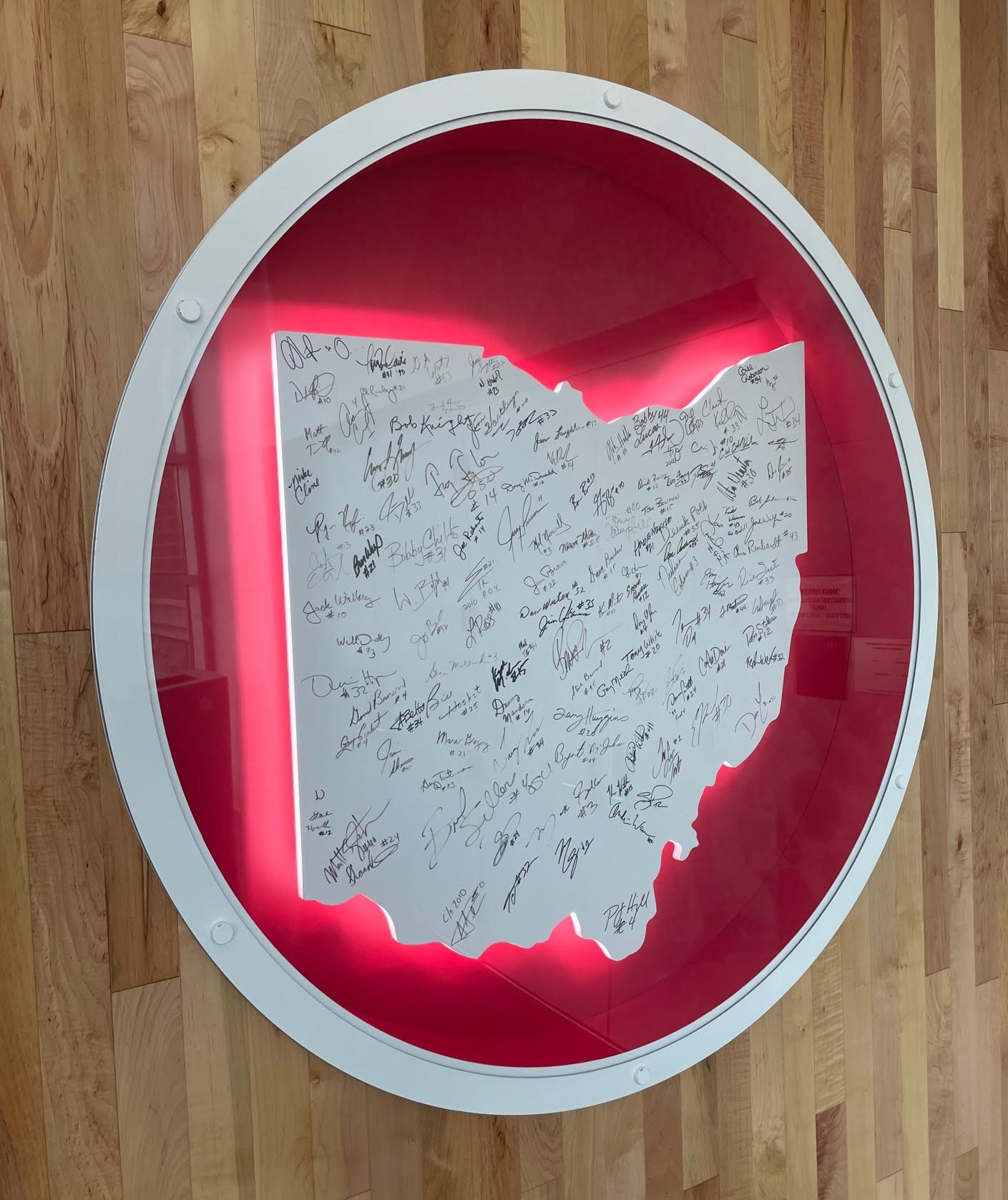 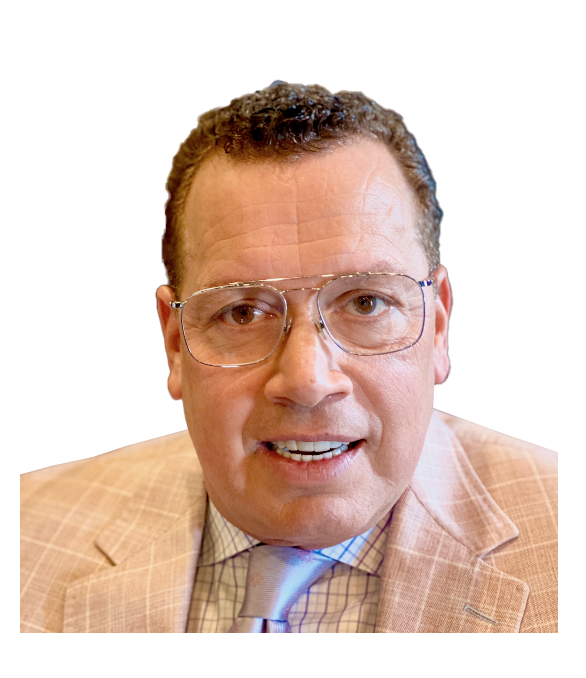 Entrepreneur with $500M+ in financial exits. He spent 25 years with the U.S. Department of Defense as the Director of Logistics for the East Coast. Bill oversaw an organization with over 2,500 people. He was recognized with the Vice President Gore Award in 1995 for his contributions and successful leadership.

After leaving the DoD, he owned a vending management company that operated throughout the US. He signed some of the largest vending contracts in the country including UPS and USPS.

In 2009, Bill purchased National Entertainment Network (NEN) from Coinstar. He restructured NEN by improving the company’s product offering, logistics processes, and buying costs. In 3 years, he grew NEN to 20,000+ locations and increased revenues from $91M to $200M+. In 2012, sold NEN to Monitor Clipper Partners for $100M+.

Most recently, Bill purchased Smarte Carte, whose luggage carts, lockers, and massage chairs are ubiquitous in airports worldwide. After extensive improvements and reorganization, Smarte Carte was sold to 3i Group PLC, a British buyout firm, for $385 million, 23X its cash investment. 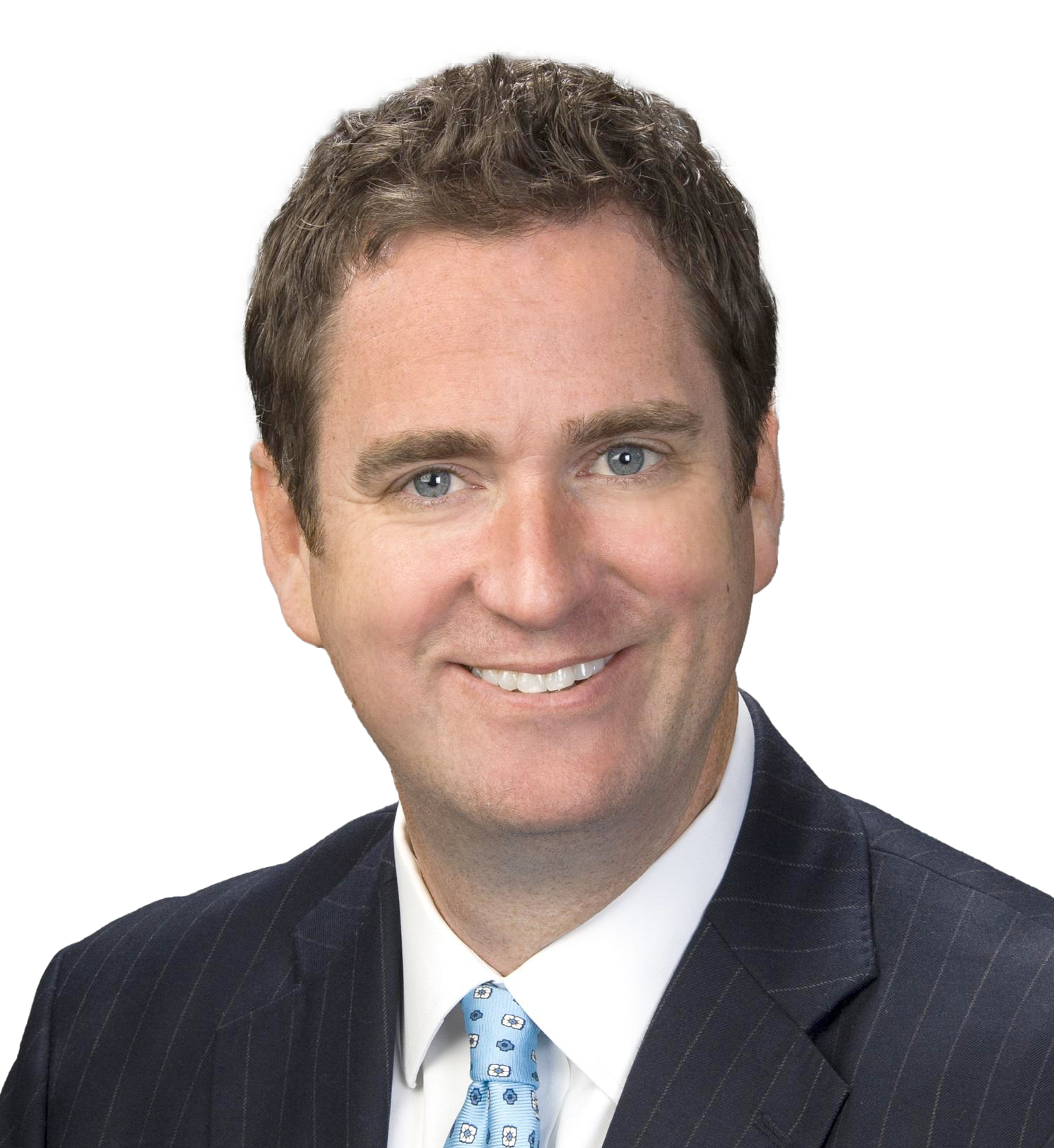 Christopher T. O’Shaughnessy is an Athlete Agent registered with the State of Ohio and an attorney and the founder of The O’Shaughnessy Law Firm. For almost 25 years and with big law firm experience, Chris has served construction, real estate, business, sports, and entertainment clients as a counselor and litigator, and has handled cases all over the United States, most notably the post-9/11 World Trade Center/Deutsche Bank litigation in New York City with over $600 million in potential exposure and billions of dollars of lower Manhattan redevelopment.  He has negotiated deals for, handled claims arising from, and litigated, arbitrated, and mediated disputes associated with hundreds of projects.

Chris lectures frequently across the United States regarding sports and business litigation and construction law, and has been published numerous times including as an author of Baldwin’s Ohio Construction Law Manual. He was an instructor at The Ohio State University School of Architecture, teaching architectural students about the Principals of Construction Law.  He is an advisor to the Association of General Contractors of Ohio and the Independent Electrical Contractors, and a regular speaker at the AGC of Ohio’s Annual Convention.  He has been honored as an Ohio Super Lawyer, Business First of Central Ohio Magazine’s Top Lawyers, Columbus CEO Magazine’s Top Lawyers, a Fellow to the Columbus Bar Foundation, and a Fellow of the Litigation Counsel of America.

He resides in New Albany, Ohio with his wife Renee and three children, Michael (a current Ohio State football player), Katie, and Claire. 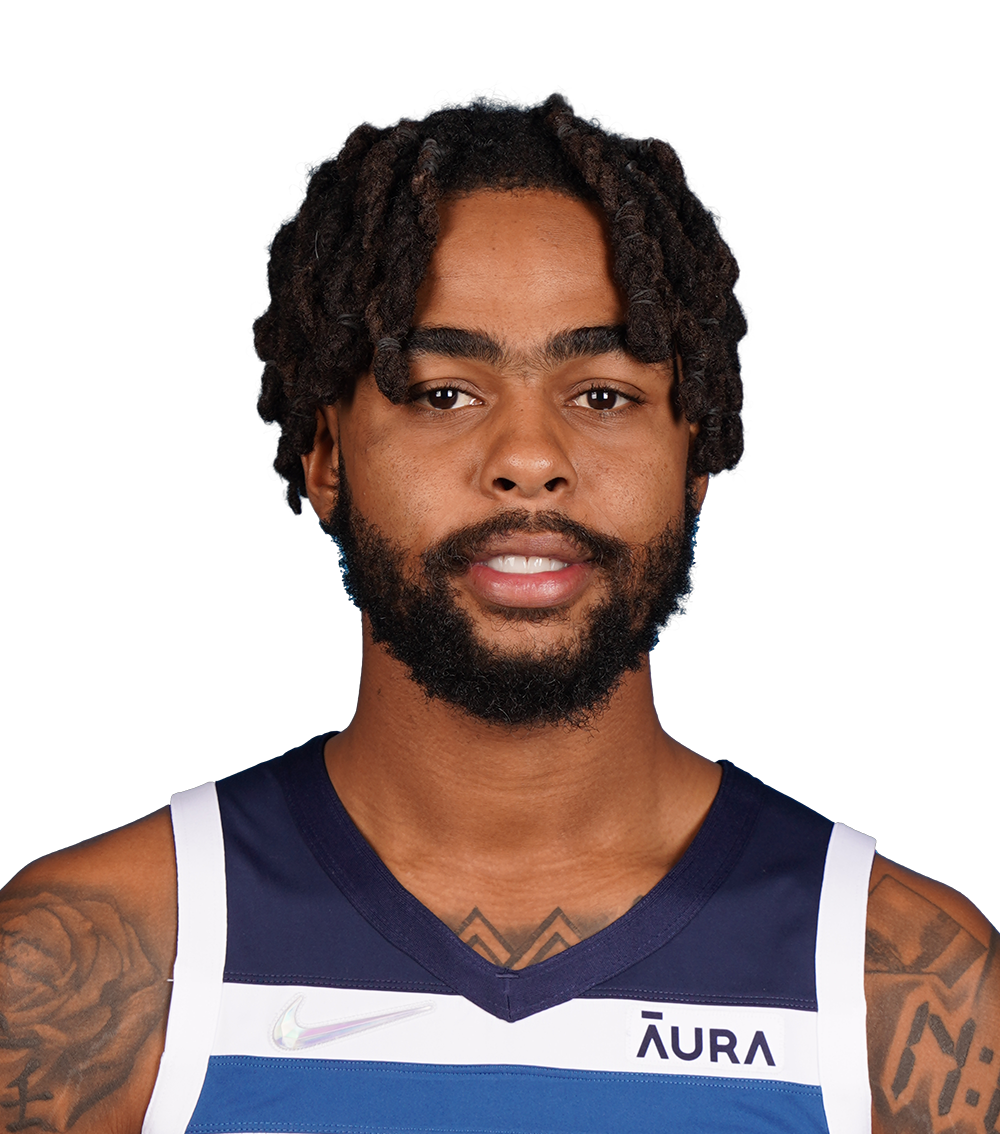 D'Angelo Russell is the son of Antonio Russell and Keisha Rowe. He was a McDonald’s All-American selection in 2014 at the conclusion of his prep career. He began playing organized basketball at the age of nine. D'Angelo lists his greatest personal achievement as making it to the NBA, and lists the person he most admires as his father. He was heavily involved in the community while with the Lakers, participating in the Kaiser Permanente Fit For Life Health Clinic, the Salvation Army Turkey Giveaway, the Challengers Boys & Girls Club court renovation, various Meet & Greets, and has helped the Lakers Youth Foundation put on Camp Lakers during the offseason.

In his lone collegiate season at Ohio State (2014-15), D'Angelo appeared in 35 games (all starts), averaging 19.3 points, 5.7 rebounds, 5.0 assists and 1.6 steals in 33.9 minutes per game. He won the Jerry West Award, honoring the nation’s best shooting guard. He was a consensus First-Team All-American, and was selected First-Team All-Big 10 and Big 10 Freshman of the Year by both coaches and media. He finished fifth in the John R. Wooden Award voting following the 2014-15 season. D'Angelo also won the USBWA Wayman Tisdale Freshman of the Week award for the weeks of 1/26 and 2/10. He was the leading freshman scorer in the country. 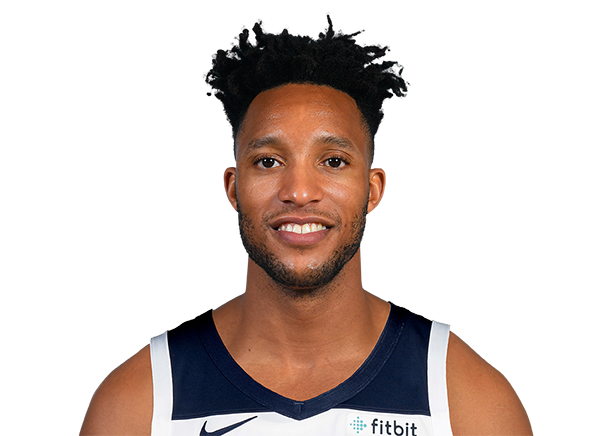 Evan Turner is a former NBA athlete who was drafted as the 2nd overall pick in the 2010 NBA Draft by the Philadelphia 76ers.  He most recently served as an assistant coach for the Boston Celtics.

Turner is an experienced investor with a diverse portfolio which includes commercial real-estate holdings, commodities, fashion-retail, cryptocurrency, and technology. He is the co-host of the podcast series Point Forward with Andre Iguodala which launched in January 2022.

Evan has a strong commitment to philanthropic endeavors in his hometown of Chicago, Illinois and Columbus, Ohio where he played his collegiate career at The Ohio State University. 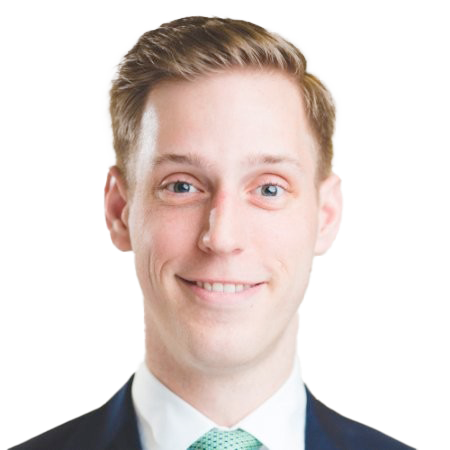 Matt Terwilliger is from Troy, Ohio and attended The Ohio State University from 2004-2008.  During that time he was a 4 year letter winner as part of the Men's Basketball team.  He also served as the captain of the 2007-2008 team.  During his time at Ohio State Matt won two Big Ten Championships and played in the National Championship game in 2007.  Matt graduated with a degree in Family Resource Management and Consumer Affairs. After graduation Matt moved to Europe and played three seasons of professional basketball in Germany.

In 2011 Matt put his degree to use and started his career in the Financial Services industry as a Financial Advisor at Merrill Lynch.  In 2014, Matt joined The Edwards Group at Morgan Stanley. During that time Matt has qualified for the Rising Stars program every year.  A program designed to recognize top Financial Advisors early in their careers.  Matt earned his CFP designation in 2017.  Matt was also awarded the prestigious 40 under 40 award by Columbus Business First in 2018.

Matt lives in Upper Arlington with his wife, Meghan, their son and two daughters, Micah, Margot and Klara, and two dogs. In his free time, Matt volunteers to help A Kid Again, Varsity O, and St. Stephen’s Community House. He enjoys playing basketball, golfing, snowboarding, and spending time with friends and family. 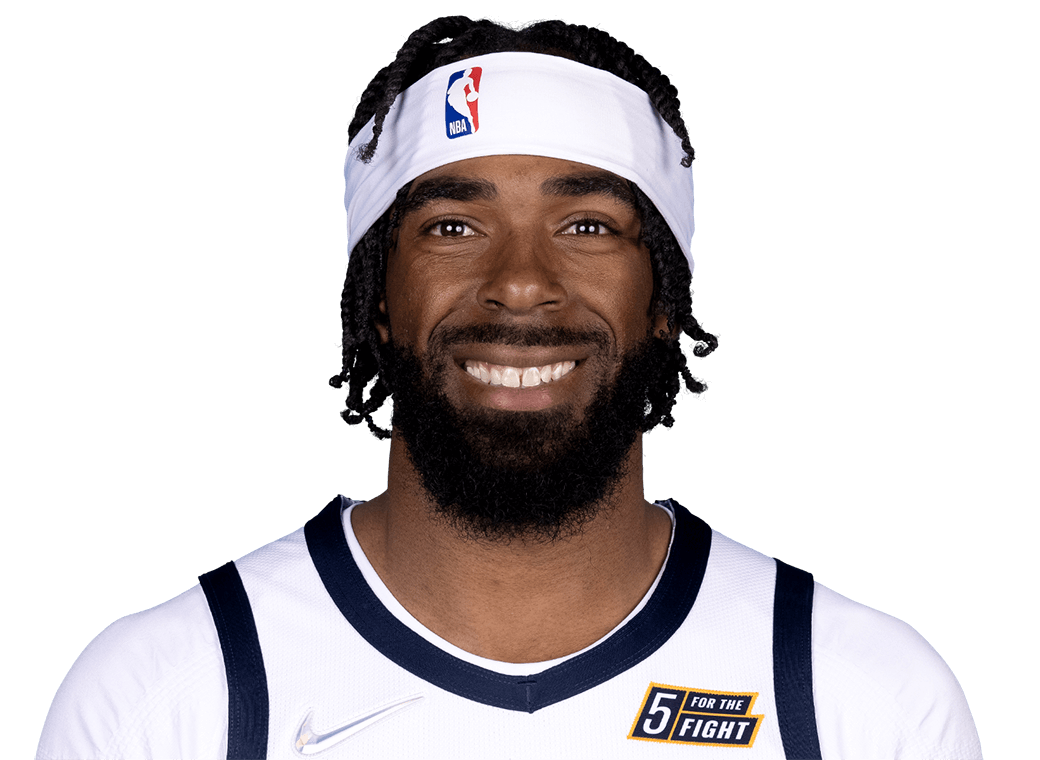 Mike's highly decorated career began long before he made it to the NBA. Conley attended Lawrence North High School in Indianapolis, where he led the basketball team to three consecutive state championships and an overall record of 103-7 in his four years as the starting point guard. He was selected to the McDonald's All American Team and named to the Parade All-American Third Team. After completing high school Conley decided to attend The Ohio State University to play basketball at the collegiate level.

During his lone season at Ohio State, Conley helped to lead his team to a Big Ten conference championship and a runner-up finish in the 2007 NCAA Tournament. After his freshman season, Conley decided to enter the NBA draft, and was drafted by the Memphis Grizzlies, as the 4th pick in the 2007 NBA Draft.

Mike spent the first 12 seasons with the Memphis Grizzlies where he became the Grizzlies all-time leader in points, assists, and steals. Mike was traded to the Utah Jazz before the start of the 2019-2020 season to continue his playing career while trying to compete for a championship. As a result of Mike's exceptional play During the 2020-2021 season, he was recognized as a NBA-All Star for the first time in his career.

Not only does he excel on the court, but he prides himself on being a role model off the court. Mike is a man of great character who has a passion for giving back to others. He has donated countless hours and resources to aid in closing gaps for all children and for the African American community, specifically pertaining to Health and Wellness, Access/ Opportunities, and Education. Mike has been recognized for his character and his philanthropic efforts throughout his career winning the NBA Sportsmanship Award (3x), being a finalist for the Season long NBA Community Assist Award (4x) and winning the NBA Teammate of the Year award. 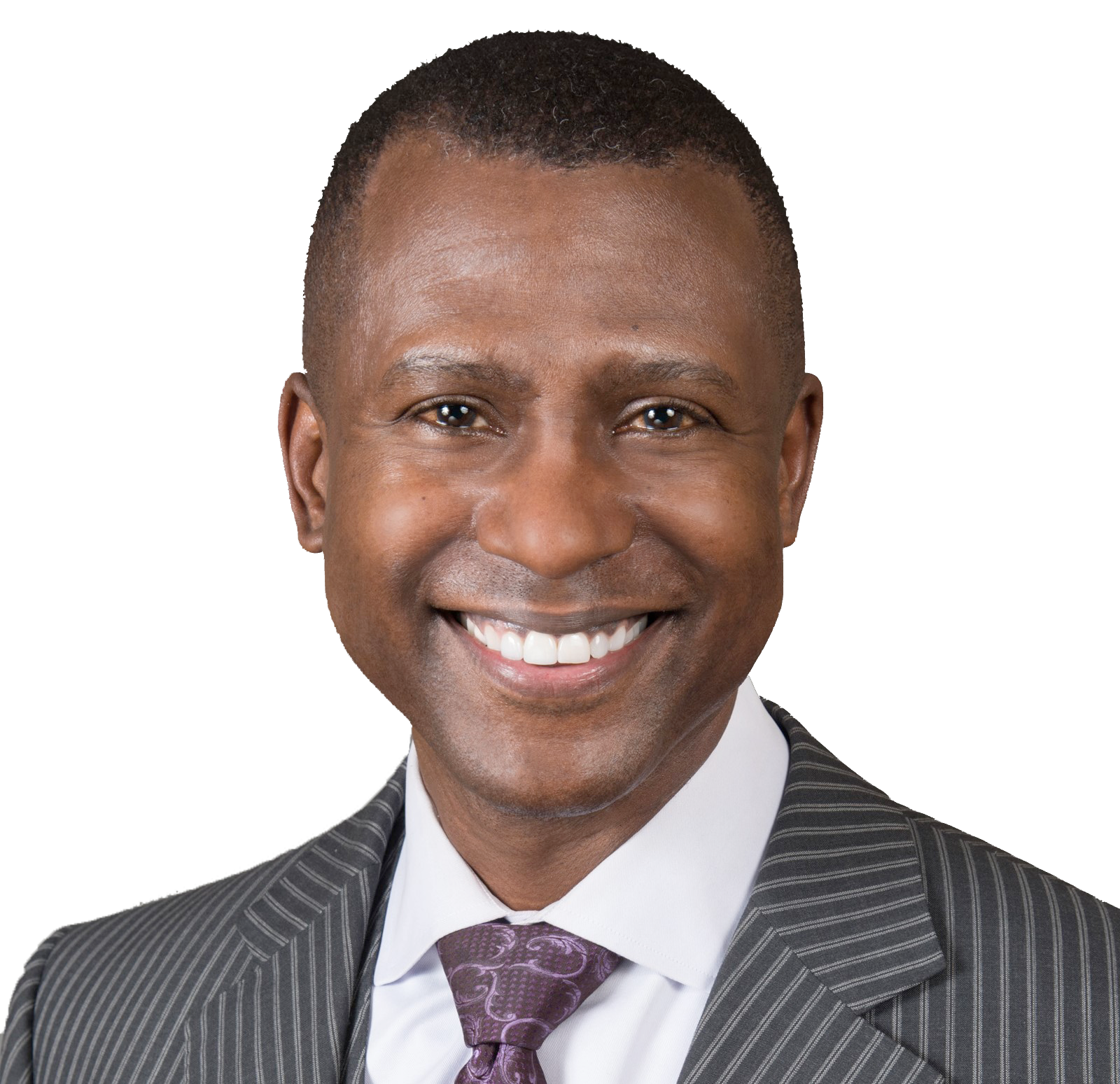 Ron Stokes
President of the board

In 1985 Ron graduated from The Ohio State University with a Bachelor of Science degree in Marketing and was a member of the Men's basketball team from 1981-1985. His teammates voted Ron as captain during his junior and senior years. After his final season, Ron earned All-Big Ten honors and was the team's MVP.

The 2021-2022 basketball season marks his 25th year as the on-air expert analyst for his Alma Mater's Men's Basketball radio network. Over his broadcast career, he has covered three Final Fours, one NIT championship, and 8 NCAA regionals.

Ron purchased Three Leaf Productions in February of 2003, and as President & CEO, he is the visionary leader and critical decision-maker. Relying on his experience and judgment, he plans and directs all aspects of the organization's policies, objectives, and initiatives to accomplish Three Leaf's goals.

Working with an array of Fortune 500 companies, Three Leaf Productions provides integrated marketing and printing services nationwide. It has been honored as one of Central Ohio's top 50 fastest growing companies by Columbus Business First. Three Leaf was also selected as one of the 2015 Smart 50 Award Honorees by Smart Business Magazine. In 2016 & 2020 the Ohio Minority Supplier Development Council presented Three Leaf with the prestigious Minority Business Enterprise of the Year award for Class III. The OMSDC has over 800 MBE members.

In addition, Ron and his wife Lavita founded LARS Properties, LLC in 2015 and share the ownership with each of their four children. The company's services include property management, real estate investment, and commercial painting. Over the last six years, LARS has received and completed major painting contracts with some of the top General Contractors in the country.  In 2018 LARS Properties received the top family business award by OhioMBE. LARS Properties, LLC real estate investment business portfolio includes residential & commercial properties in Columbus and apartment/condominium complexes in northeastern Ohio.

He also serves on the board of Heartland Bank, the Ohio Basketball Hall of Fame, Metro Schools and Canton Outside of Canton. COOC operates in his hometown of Canton and has organized food giveaways in 2020 & 2021 that provided meals for over 2,500 families during the holiday seasons.